It feels like a lifetime ago since I last posted here 924 days ago. In a way, it has been a lifetime. Forgive my absence, but my beloved partner of 20 years died 209 days ago, after a long and chronic illness which at times overwhelmed us both. A bit of an optimist, for the first 14 years we were together, I was certain Ruben was going to get better “in the next two weeks.” Except, something always happened. A blister, turned into an ulcer, followed by weeks and months or years of off-loading that usually were successful — but sometimes not – leading to a couple of amputations of toes. Then it was his eyesight, followed by kidney failure and dialysis. After a transplant in 2013, I was sure we were on our way to living a normal life. Except, we weren’t.

In 2014, I adjusted my hopes. I thought, if Ruben didn’t recover “in the next two weeks,” then perhaps we could just maintain things as-is forever. His diabetes, blood pressure and kidney function were all great. The status quo was my big plan. But then 2017 came along and stripped me of hope courtesy of Facebook reminder pics which began popping up, sharing images of Ruben past and present on my timeline. The difference was shocking. Even I could see we weren’t maintaining things, we were losing. His nephrologist gently suggested we should work on his Advance Directive.

I didn’t have a name for what was wrong with Ruben, I just knew he was dying ever so slowly before my eyes and there was nothing I could do about it.

Since April of 2018, everything just got harder every day even as I loved Ruben more and more as he struggled with physical impairments that day by day robbed him of so much. Meanwhile, I was deep in the weeds of being a caregiver, and I didn’t even know it. In retrospect, I did many things the hard way before reaching out for resources which saved me, including a caregiver support group through USC and beginning a daily meditation practice.

My Ruben passed away at home on April 30 as the first wave of the coronavirus pandemic was unfolding. The lockdown in March did speed up his demise, as we were unable to access feeding tube services which would have extended his life for a few more months. I had always thought I would be with Ruben near the end, but to my horror I couldn’t be with him at the hospital when he was there for about 10 days until they sent him home for hospice which lasted less than a day when he was not really conscious. There was no memorial service to bring closure with his friends and family. Like so many others around the world during this dark time, I was all alone in grief. He was my world, and then just like that he was gone.

For the record, I hated every single day in May this year, and didn’t have a very high opinion of June or July either. Luckily, I had good old girlfriends to re-connect with virtually, and I found an online grief support group through reddit where people didn’t try to “fix” others’ grief – they just listened or shared — which was exactly what I needed. Strange, how a mix of real friendships, family and random strangers on the internet can get you through a bad spot.

Nothing will ever be the same again, but I will go on. Now I have time to pick up some creative things I left behind – like this blog —  and to start writing new work that has been left undone for more than two decades while I was looking after my beloved. I miss him so very much. I don’t know why I thought everything would go on forever, but I did. Clearly, it doesn’t.

So here is what I know now:

To learn more about my wonderful Ruben or hear a few of “our” songs, check out this link.

Looking back at projects I have been working on the last few months, one thing that jumps out is the importance — and challenge — of keeping not just messages fresh, but yourself, too. You have to keep learning new tricks in order to present information in new and effective ways. It seems like every new tool you learn how to use, leads you to another.  Frankly, I love learning new things. This month alone I have added these new skills: 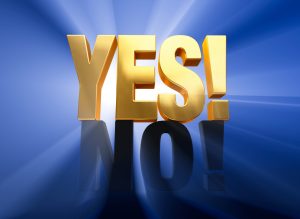 If you’ve ever been to a good improvisation show, you’ve probably wondered how these comedic geniuses manage to come up with delightful, unique responses that captivate.  The reality is their work — and it is work — is based upon not just talent but principles of scene building that also apply to good business dynamics. Taking improv comedy classes can make you see new ways to present information in business.  Plus, it’s just fun and you’ll get to meet and interact with some of the funniest people you’ll ever know.

I once had the pleasure of taking a few improv classes in Hollywood. Years later, those lessons of scene building still resound and apply to any professional endeavor. Here is the Number One lesson learned from improv comedy:

YES AND vs NO BUT

“Yes” is a very powerful word. Combine it with “and” in a brainstorming meeting at work, and you might end up with enchanting results. When students first try doing improv scenes together without rules in place, often one person will have an idea where they want to go with the scene — but another person has another idea. Improv comedy shuts down when one person takes over the scene by saying, “No/But” and taking the character or situation in a direction that conflicts with a previous statement.  Whenever you see a “but” someone is denying someone else’s words or ideas. If others in the same scene “but” back, the work can just come to a grinding, unproductive halt. Just like at the office. Neither situations are fun for anyone.

When you commit to saying “Yes and” instead of “No but” automatically to ideas, it opens up your world to truly inspiring opportunities. Why? Because it forces your team to listen to each other. In order to add new information, participants have to hear what is being said in the first place, and then dig deep to find that new bit of information that will add to what was presented. It works in improv and it works in business, too.

Indeed, “Yes” is a powerful word. People love to hear “Yes” whereas when they hear “No” reflexively it can cause them to stop trying. Add an “and” to your “Yes” with new information and you will be amazed at what you can accomplish. Want to see how it works for yourself? Sign up for some basic improv comedy classes near you. There are even more excellent scene building rules that will burnish your professional skills. And, again, you’ll have a really good time while learning how to be a better listener and team player at work.